“The real challenge for BAUCH is to compete with itself, in order to be faithful to the commitment of building new brands that are trustworthy and reliable”, said Mrs. San Antonio in her welcome remarks during the BAUCH Grand Corporate and Product Launch held on February 6, 2014 at the New World Hotel Makati. 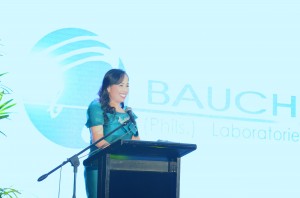 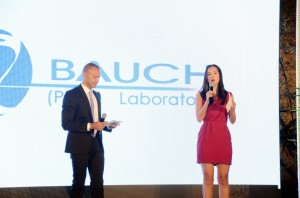 The event was graced by the friends from the media and VIP guests such as the Drugstores Association of the Philippines President Ms. Estela Lim and Chairman of the Board – Ms. Gloria De Chavez; as well as the Philippine Pharmacists Association President- Ms. Leonila Ocampo and ACTIMED Vice President, Mr. Jay Ferrer.

The celebration would of course not be complete without the presence of the brand ambassador for Bauch’s flagship product Blooming-G, Ms. Sunshine Cruz. “I’ve been using this product since August 2013, and I’m very amazed with the results. With daily intake of Blooming-G, I was able to immediately notice its rejuvenating and moisturizing effects on my skin”, said Ms. Sunshine. 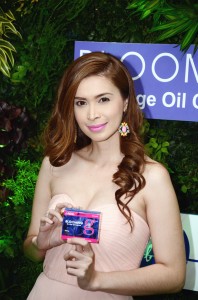 As one of the BAUCH Nutrilife line, Blooming-G is an extract from the seed of the Borage or Starflower then encapsulated through the hard gelatin capsule technology. The extract contain gamma-linolenic acid or GLA, an omega 6 fatty acid which helps promote reproductive and skin health. “I noticed the gradual improvement on my skin. It’s moisturized. Sometimes, white is not enough. Healthy glow is what important and that’s what I’ve discovered.”

Mrs. San Antonio further said that when a woman feels good about herself, she gains the confidence to do more and standout, which is what Blooming-G is all about: resilience, optimism, inner beauty and healthy body. With the succeeding projects of Bauch, the company intends to inspire women to reveal their true beauty emanating from a good heart and firm dispositions in life.

Watch out for more breakthrough products from Bauch. 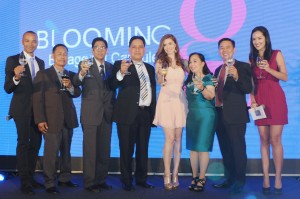